A reminder that the AGM takes place on Thursday 14th July at 8pm at Bushey Sports Club.  All clubs must send a representative.  We hope to welcome new blood into our league to ensure 2016/17 is as competitive as ever. 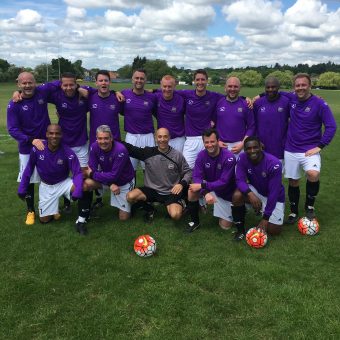 In a fantastic game that was a real credit to the standard of our league, London Maccabi ran out 3-2 winners over Amersham Town to take the League Invitational Trophy.

They took the lead on the half hour only to concede a penalty that levelled things up moments before the break.  They forged ahead again on the hour with a super goal but the game remained in the balance until they added a third late on.  Amersham scored a consolation at the death but London Maccabi were in the end worthy winners.